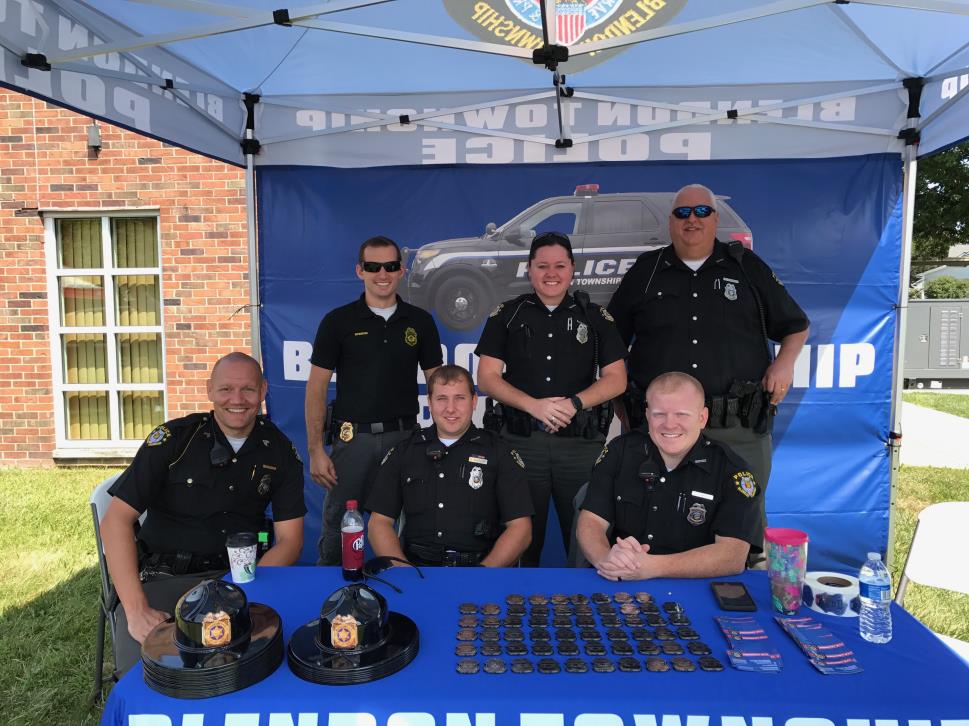 Blendon Township Police Officers are on duty 24 hours a day, 365 days a year.

We are currently hiring part-time and full-time officers! Apply to be a Blendon Township Police Officer.

The Blendon Township Police Department provides full-spectrum law enforcement, traffic safety, and crime prevention services to the un-incorporated areas of Blendon Township. The department consists of seventeen Officers, including a Detective Bureau, and two civilian employees. Our Officers are on duty 24 hours a day, 365 days a year.

The department is staffed with the Chief of Police, 3 supervisors, 2 detectives and 11 patrol officers. Reserve officers, both paid part-time and unpaid volunteer Officers, make a significant contribution, enhancing manpower and flexibility.

The first law enforcement official in Blendon Township was a Justice of the Peace, a veteran of the War of 1812 named Captain Timothy Lee. One of the early pioneers in Blendon Township, Alexander McDannald, described Captain Lee like this; “Tall and spare he was, his eyes bored into one like gimlets, his words cut like a knife. But, when he gave that word it was as good as another man’s bond.”  The Township Justices could also be designated as Constables of the County Court, but their appointed duties were not their full-time profession.

In 1967, an actual police department was formed with Donald Champ as the first Chief of Police. Chief Champ provided his own vehicle as a police cruiser and was paid $100 per week. By the 1970s the department had developed into a modern, professional law enforcement agency. Chief Tom Heichel greatly enhanced the level of service provided to our residents with his strong emphasis on community relations and traffic safety. In the 1980s, Chief Heichel added a Detective Bureau to the department.

Our officers patrol the streets of Blendon Township 24 hours a day, 365 days a year. Some of those streets are paved over the same dirt roads that were once made safe by Captain Timothy Lee. Our Officers carry on the Captain’s legacy. Just like Captain Lee, “Their word is their bond.”

Free viewers are required for some of the attached documents.
They can be downloaded by clicking on the icons below.